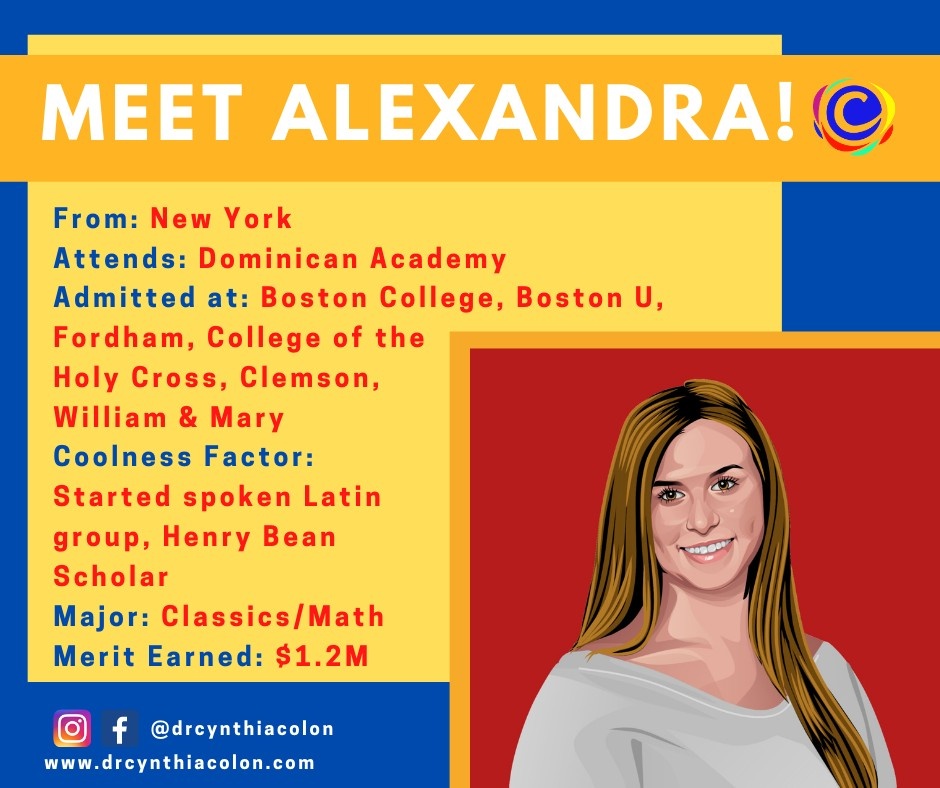 Today we meet Alexandra, a Latin loving competitive dancer who takes the 21st century mantra,  “YOLO!” (You only live once) as seriously as her commitment to the classics!

What did you do right? She focused on her academics early on, and also attended tons of college information sessions on her school campus, and KEPT IN TOUCH with the recruiters after those meetings. She emailed Thank You notes to each of the recruiters she met with and kept a dialog with them.

Her coolness factor? She fell in love with Classical languages and culture of Latin and Greek, and eventually started an international club, Latin and Lattes, where she meets weekly with other Latin-lovers from around the world!   She also loves math and has found ways to incorporate Latin and Math in her college plans.

Any regrets? Not a single one! Going into the college admission process, I would NOT have done anything differently – "I put my all into my applications, and applied to even the most competitive schools, and I’d do it again...you only live once!"

>>> Have a freshman dreaming of attending an Ivy League or Top 100 colleges? We should talk. If you have a high school sophomore or junior, it’s definitely time to chat.

YOUR College Admission Game Plan in 30 minutes: 5 Key Things to do before the end of the school year. Schedule your call today. 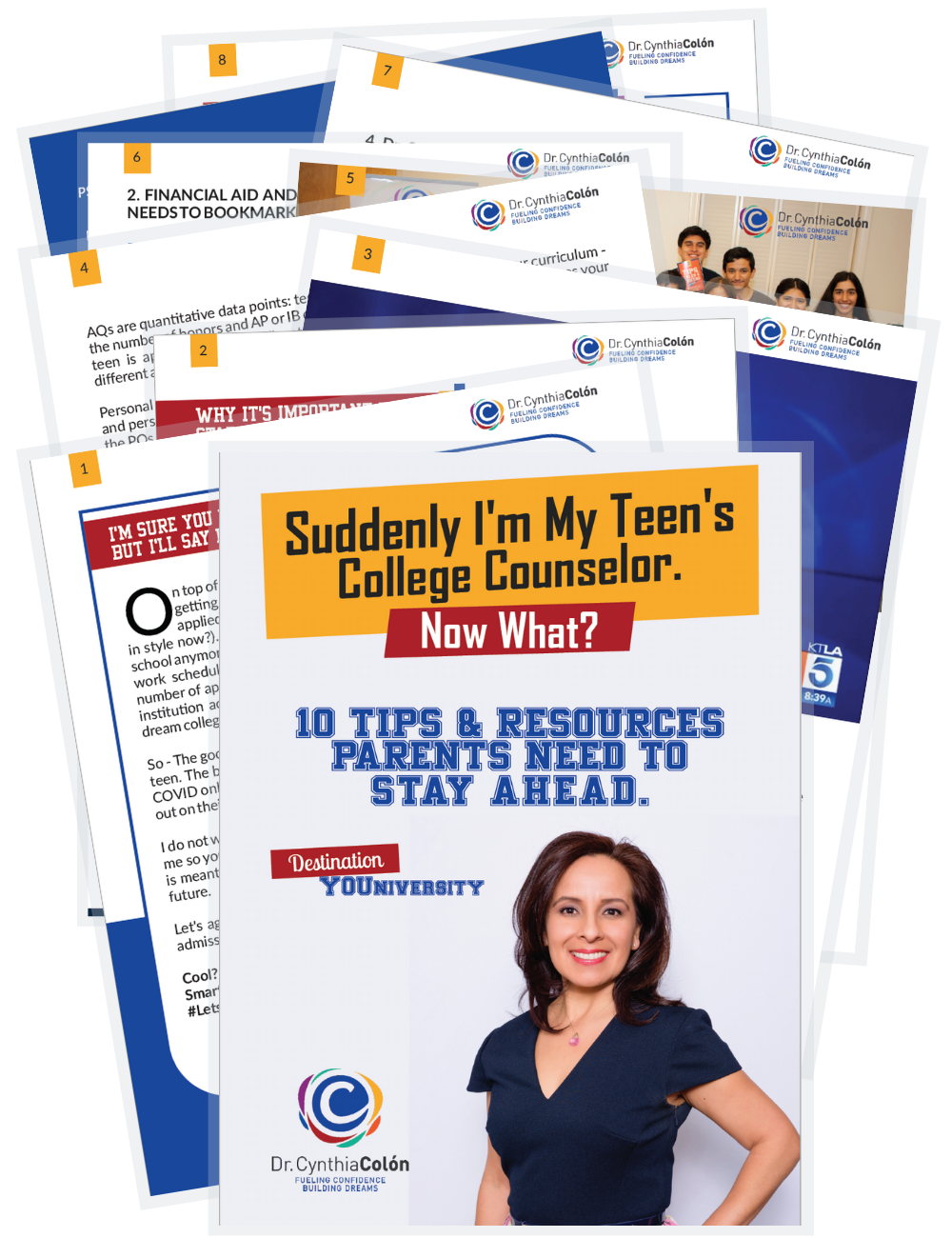 The best time to start planning for college is yesterday - the second best time...is TODAY!